I’m delighted to have been asked to contribute to a blog for the Global Values Alliance to help celebrate World Values Day.

It seems particularly fitting, given how values are so central to Co-operatives across the world and given my Executive role as Chief Values Officer for Midcounties Co-operative, one of the largest consumer-owned Co-operatives in the UK. The role is, we believe, the first such position for a major UK business and is there to work with the Board, Executive colleagues and all our stakeholders to help ensure that our 700,000 owner members can trust their Co-operative to deliver what they need, in the way that they expect.

Our core values of Democracy, Openness, Equality and Social Responsibility are part of the culture & part of the language for all our 8,000 colleagues – whichever part of the Society they work in, whether Food retail; Travel; Childcare; Funeral; Pharmacy; Healthcare; Utilities or support services.

It is important for us as a member-owned Co-operative that we help all our colleagues at all levels demonstrate these Values in Action, enabling us to be, and to be seen to be, reliable, principled and genuine in everything we do. That’s more important now than ever as customers become more empowered, and a younger generation seeking ethical leadership increasingly look to Co-operatives as a different way of doing business.

These Values however, aren’t unique to us as Midcounties Co-operative. All Co-operatives, in industries as diverse as Football clubs to Fisheries; Housing to Hospitality, and across practically every country on the planet, share the same core values and Principles.

So where did these Values come from?

In the early 1840’s the North of England along with many areas of other European countries were people suffering from the social dislocations of the industrial revolution. They struggled to survive periodic unemployment, low pay, unhealthy cities, and dangerous workplaces. They had no social benefits, no insurance or health care or pensions from their employers or from the state. They were dependent on merchants who were sometimes unscrupulous, who exploited the helplessness of the poor by selling at high prices, by adulterating goods, or by trapping them with offers of credit.

It was in a time in the UK when these workers had no vote, no democratically elected government to represent them and no interventionist state to protect them.

In 1884 a group of 28, mostly consisting of impoverished weavers, (now known as the Rochdale Pioneers) decided to get together to form a co-operative business, these had been tried by others in the past but proved to be unsuccessful.  The 28 individual members saw co-operation as the best way forward and that the co-operative should set out to improve both the financial and social conditions for members. The ‘objectives’ included the setting up of a shop, allowing members to buy good food at reasonable prices, to be part owners of the Society, take part in the decision making about how it would operate and receive a fair share of the profits. In addition, they would have access to libraries and educational classes which were normally only open to the rich. The Pioneers’ policy of strictly cash trading enabled them to avoid the problems some early co-operatives had experienced through difficulties in managing credit given to members. Central to their success was addressing the unscrupulous practices prevalent at the time. The Pioneers guaranteed true weights and measures and to trade only in pure and unadulterated goods. They put honesty and openness at the heart of their co-operative business.

Along with honesty and openness the Pioneers looked for different ways to address the social issues of the time.  They did not wait for someone to come along and help them – rather they recognised that by co-operating together they could make a difference and the term self-help and self-responsibility came into play.

The Rochdale Pioneers recognised the importance of involving all members in the running of their co-operative society. They based the society on the democratic principle of one member one vote. This was a stark contrast to practice at the time as only wealthy male landowners could vote in parliamentary elections. It took a series of electoral reforms to extend suffrage and it was not until 1928 that all men and women over the age of 21 had the same rights to vote.  The Pioneers were way ahead of their time in the field of democracy. The Rochdale Pioneers were clear that membership should be open to all who could benefit from their services, irrespective of race, creed or political persuasion. They were committed to equal opportunities 150 years before the term became commonplace.

The famous Co-operative Dividend is the distribution of the profits of the business amongst the members, the owners of the business and is based on the co-operative value of equity – fairness. Earlier co-operatives often distributed profit in proportion to the investment people had made in the society. The Rochdale Pioneers’ method was to distribute profit in proportion to the trade that members did with the society. This meant that the more you spent at the co-operative store the more you got back in dividend. This encouraged the trading loyalty that was vital to the success and growth of co-operative societies. For many families, the Dividend payments bought household items, winter clothing or school equipment for the children as well as providing savings for family emergencies – as most members had no other savings accounts.

The model of business with the values of self-help, self-responsibility, democracy and equality, and equity and solidarity at its core has transformed the way business are developed all over the world.

In today’s times co-operatives are more relevant than ever.  The United Nations sees the global movement as one of the main forces in them achieving their 17 Sustainable Development Goals. Co-operative Values and principles have gained in recognition and acknowledgement around the world, are quoted in public policy documents and are appended or integral to national legislation in many countries.

How Values in Action are demonstrated in Midcounties.

In 2016 Ed Mayo, the then secretary general of Co-operatives UK referred to earlier, published a book, “Values: How to Bring Values to Life in Your Business”. He noted that “culture and values are the next frontier for business in a world of empowered consumers, concerned employees and fluctuating social media reputations”. And he’s right.

As a leading consumer co-operative, we firmly believe that the Co-operative model is the ideal model to drive business forward in these uncertain times, with owner-members at the heart of everything we do. Our Board is made up of elected members, with responsibilities including setting the Society’s objectives and strategy, monitoring delivery of that strategy by management and ensuring that the Society adheres to Co-operative values and principles.

Our Executive team, led by our Chief Executive Phil Ponsonby, report into that Board. That Governance structure is there to ensure that every aspect of the Society – from commercial decisions to culture and ethos – has members and member voices always at the forefront of thinking and co-operative values fully integrated.

Phil made reference in our recent (May 20) Annual Report to the work we have been undertaking in gaining feedback from our members on many matters affecting the Society and its businesses. Since the “Your Co-op Voice” programme was launched in the summer of 2018, we have actioned nearly 100 surveys, receiving almost 40,000 responses on a range of issues central to the development of our plans. In the last 12 months we have surveyed members on, for example, the branding for Co-op Holidays’ on issues affecting the health and wellbeing of children in our nurseries, on priorities for our CSR strategy and the development of our membership offer. More recently we have gained insight into how we could help those organisations who are helping others as well as supporting the vulnerable in the communities in which we trade.

This insight combined with our values-led way of doing business was visible during the COVID-19 lockdown when the Society worked with its members and local communities to ensure the support we gave was timely, relevant and effective at a local level.

Whilst there were many ways in which we facilitated self-help in the communities where we trade, there were some notable & significant achievements. These included building on our strong community links by making over 70,000 food and pharmacy deliveries to vulnerable customers in partnership with 100 local mutual-aid groups and over 700 volunteers;  working with members to raise over £45k for local foodbanks & helped those who help others by donating over £75k to a community restart fund for local charity partners. We supported Street Teams, our local charity partner in Walsall, with grants to enable them to provide food to families in need and help them re-build their charity activity during lockdown.

Midcounties Co-operative also supported many local suppliers during the lockdown period, providing supply opportunities for those affected by the collapse in the hospitality trade as well as providing temporary employment to almost 1,000 new colleagues where their employment in other industries had ceased.

These, and many other examples, are why we have gained widespread recognition from amongst others the CBI, BITC & Chambers Of Commerce during the Covid period for the way we truly have demonstrated a different way of doing business, and genuinely demonstrated Co-operative Values in Action. 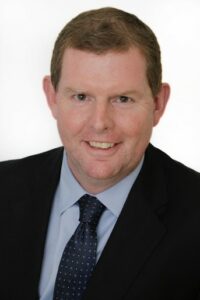 Pete Westall is the Chief Values Officer for The Midcounties Co-operative, and has worked for the Society for 30 years.  Pete is part of the Executive team at Midcounties, one of the largest independent consumer co-operatives in the UK. The Society is engaged in markets including Food, Post Offices, Travel, Utilities, Pharmacy, Funeral care, and Childcare. The business is shaped by the Co-operative principles and built on core values of democracy, openness, equality and social responsibility (DOES).

As Chief Values Officer, Pete’s role is to ensure Co-operative Values & Principles are at the heart of the Society. Pete has a background in both retail and responsible business and believes all businesses have a responsibility to the communities in which they trade. He is a Member of the Business in the Community West Midlands leadership Board; a member of the CBI Regional Council and a Director of Bright Future, an organisation dedicated to the employment of survivors of Modern Slavery.