The Availability Bias is Killing Your Values Strategy

As the world works on getting back to normal, it is impossible to ignore the shift that has occurred in the past two years. Consumers and employees want more out of the companies they work for and buy from. Our research found 55% of people say they pay more attention to the values of companies today than they did in 2019. However, the same hurdles exist for companies to truly make the leap and become values driven.

Stop me if you’ve heard this one. A group of employees wants the company they work for to be more values driven. Maybe they want to fight climate change, support LGBTQ+ equality, racial justice, or promote COVID vaccinations. There is real momentum towards doing so, but it gets halted in its tracks by an executive in six words – “We don’t want to be political.”

It is a conversation ender. Politics is the enemy of profit. No CFO can stomach the idea of turning off half the company’s current and prospective employees and customers. It’s a non-starter. Values get pushed – once again – to the margins.

I’m here to tell you it’s bullshit. Values are not a 50/50 proposition. In fact, most causes that are considered political are wildly popular. So popular, in fact, that not being a values-driven business is a bigger risk than being one.

The problem is that the risks and rewards are rarely quantified. Without data, our human judgment falls back on the availability bias. We search our memories for relevant examples rather than making a quantitative judgement. For a quick example, try this brain teaser. Are there more words in the English language that start with the letter “k” or more that have ”k” as the third letter? The latter is the correct answer, but most people answer the former because it is easier to think of words that start with “k.”

When presented with a cause like racial justice, the executive thinks of news and social media. They find memories of people supporting both sides. With examples on both sides, they conclude that racial justice is roughly a 50/50 matter.

The best way to eliminate the availability bias is with data. In order to quantify the risk and rewards of supporting a cause, we need a new vocabulary. Luckily we do not have to start from scratch, we can borrow a framework from a well-known marketing metric, NPS.

For decades, Net Promoter Score has been a standard catch-all brand sentiment score. Part of the NPS appeal is its simplicity; promoters minus detractors. For example, if 25% of people are promoters and 5% are detractors, then the brand’s NPS is 20.

The Values Economy version of NPS is called Net Cause Score. Said another way, “what is the net effect of a brand aligning with a particular cause?”

Instead of promoters and detractors, NCS uses values-aligners minus values-repellers:

Like NPS, two groups can be quantified in a survey. In the questionnaire, give the survey taker a choice between two blinded brands, one that supports a cause and one that does not. It is important to specify that the two brands are equal in every other way – same product quality, same prices, same employee pay and benefits.

Let’s look at some real data. We asked 1,000 US consumers about two unnamed brands — one that supports Black Lives Matter and one that does not. Then, we asked these consumers, all else equal, which brand they would purchase and if they would be willing to pay more for it.

40.1% of the audience said they would pick the BLM brand and would be willing to pay more for it.

Asking if they would pay more is a small but important detail. You want to measure that the cause is not just a tiebreaker, but that the consumer believes in the cause enough to pay a little bit more. The implication is not that brands should raise their prices, but that willingness to pay is a fantastic indicator of brand preference, and a higher bar than just choosing between two equals.

10.3% said they would pick the non-BLM brand, even at the same price. These are the values-repellers.

Do the NPS subtraction and you get a Net Cause Score of 29.8 for Black Lives Matter. Supporting racial equality can be polarizing, but overall it is a large net positive for a brand.

Let’s take NCS to the next level. People’s values vary wildly depending on the audience. For example, if a brand is targeting a younger demographic, people between 18-35 years old, the numbers in our example change. Now, 49.5% would pay more, 8.0% would leave, for a Net Cause Score of 41.5! This score goes even higher for high income households.

With a tool like NCS at your side, you can change the conversation from politics to profit. Can your brand afford not to gain brand loyalty from 40+ percent of your addressable audience? Will the executive let 8% of the audience stand in the way of significant revenue growth?

Not all NCS scores are positive. If the brand’s target demographic was 60+, for example, the NCS for Black Lives Matter would drop to -6.7 — a net negative for a brand. Of course, brand values are not just about following what is popular. Even if a cause has a negative NCS among a target demographic, many values-driven brands will still act. Either way, it is better to have data to help quantify the impact.

In Vrity’s research, all of the “political” causes we have ever studied are, in fact, extremely positive – LGBTQ+ rights, fighting climate change, racial justice, minimum wage increases, vaccine promotion. Among Millennial and Gen Z demos in particular, the Net Cause Scores are so large that no rational CFO could deny the impact when they see the numbers in black and white. Bye bye, availability bias.

I recently presented about the Values Economy at a small conference. Afterwards, a gentleman approached me. He said, “I will never buy another pair of Nike’s. They got too cozy with Kaepernick.” I told him that, although it wasn’t his intent, he is proving the case for the Values Economy – people vote with their wallets for brands that share their values. I then responded with a question, “For every person who will never buy Nike’s again, how many people will only buy Nikes ever again?”

Remember that Black Lives Matter has a NCS of 29.8, which means the ratio of consumers that Nike gained to those they lost is 4:1. If that is political, can any profit-maximizing business afford not to be political? 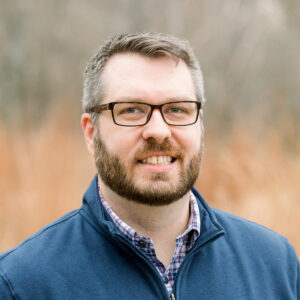 Jesse Wolfersberger is the CEO and Co-founder of Vrity, a data business focused on the ROI of brand values. In previous lives, he was the chief data officer of the world’s biggest loyalty and incentives company, he worked in the front office of an MLB team, led research for a media heavyweight, and was a sportswriter.