Every occupation has a fundamental goal, and the end always inevitably is to serve humans; for instance, doctors’ goal is to contribute to health while judges are there to ensure fair play & justice. Similarly, Police professionals are vital to the maintenance of harmony and peace.

Contrary to the narrow popular perception of policing as law enforcement activity, policing is a public service, and as a service, it has value goals as service objective. In India every State police has mottos that are value-oriented for instance, Delhi police is guided by value goals of Seva (service), Shanti (peace), Nyay (justice) while honour and compassion act as guideposts for Telangana Police. With such clear value goals, it is expected of police department & professionals to be value-driven.

Speaking of values, 2014 witnessed a shift in policing paradigm when Prime Minister Modi introduced SMART policing wherein “S” stood for sensitive and strict policing. All the stakeholders, both internal and external, understood the idea of strict policing practices, but the challenge was to combine firm behaviour with sensitivity. Interestingly, police leadership had a more significant challenge, and it was to be strict and sensitive towards not only external stakeholders, i.e., citizens but also to the rank and file (internal stakeholders). In a rigidly hierarchical organisation such as the Police Department, it was a challenge for the top leadership to combine the qualities of empathy and force in daily policing activities. 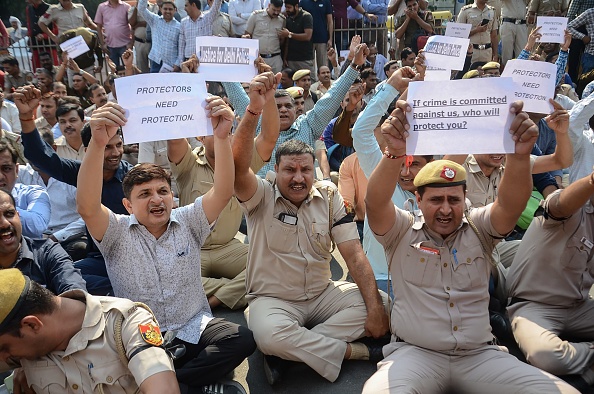 November 5 2019, Delhi Police leadership was put to the test when the rank and file (internal stakeholders) took to the streets to protest against the apathetic behaviour of the senior officers when lawyers assaulted the police personnel. The personnel looked up to the top brass for some empathetic understanding, if not a display of solidarity. But the protesting police personnel found the response lukewarm and wanting, thereby began a steady erosion of trust between the top leadership and field police personnel. Consequently, there was a dip in the morale and the feeling of not being “cared for” permeated through the ranks. It was troubling times for the Delhi Police.

Fast forward, March 2020 COVID-19 intensifies, and the government announces the first in the series of lockdowns to contain the spread of the virus. Policing till date was all about maintaining peace and ensuring order. But now they were “strategising and executing large scale, first-time exercises like total lockdown, primary and secondary contact tracing, enforcing of containment zones…” which was a new kind of challenge. For implementing the lockdown, the administration had to mobilise the rank and at the same time had to handle the police-public interface sensitively. To achieve both the objectives, the leadership worked out two projects, one for “personnel” and the other for “citizens.”

In services such as policing, efficiency and effectiveness of service delivery depend a lot on the levels of professional commitment and enthusiasm displayed by the personnel on the ground. After November 2019 face-off, the leadership was aware of the enthusiasm deficit among the ranks and without enthusiasm commitment alone will not yield desired results, especially while implementing lockdown.

As part of Project Niramaya senior doctors, yoga therapists and counsellors were engaged in guiding the police personnel and also their families. Active care such as one-to-one counselling was provided to personnel testing positive for COVID. The care initiative involved the families as well, immunity-boosting foods as prescribed by the Ayush Ministry was provided to them. Six teams of joint CPs and DCPs was created for conducting intensive hygiene checks of police stations. A “talk to a doctor” helpline with 12 doctors from Indian Medical Association were made available round the clock for police personnel. Five wellness centres were established in Police residential colonies for the cops and their family members. This kind of care displayed by the Department during the distressing COVID times not only ensured safety but also developed a sense of solidarity between the leadership and the ranks. 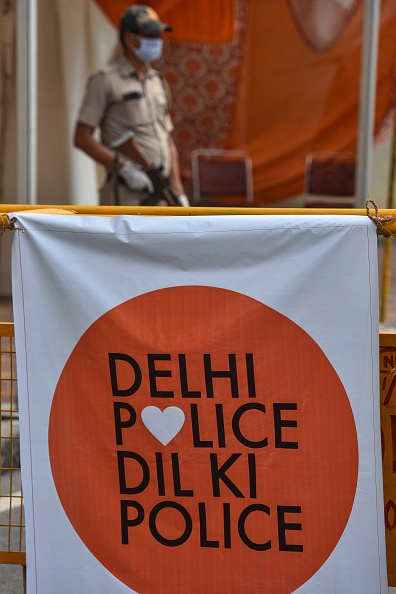 With internal stakeholders cared for, it was time for getting the external stakeholders involved in the lockdown process. The leadership and the ground personnel knew very well that the success of lockdown entirely depended on people’s participation and cooperation. The administration was aware that conventional policing methods would not work well for implementing lockdown regulations. They needed a more people-centric plan that conveyed a sensitive and empathic understanding of the situation.

(Delhi Police is all about Heart, It believes in serving the nation with heart).

This initiative was to “…sustain the trust that people are showing us now and ensure that the masses continue to cooperate with us.” Anil Mittal, ACP and Addl. PRO

As part of the initiative “…staff (police) has been working hard to help the masses survive the lockdown, from providing essential commodities and helping our senior citizens, to carrying expecting mothers in PCR vans to hospitals. This is an attempt…to ensure that people know we are here to help.” M. S. Randhawa

In India, as in other democracies, policies are rooted in values, but it is during execution, the values are either diluted or ignored for whatever reasons. But with SMART policing policy, the values of sensitive and responsive policing were followed uncompromisingly by the Delhi Police, thereby proving that policing is a humane and sensitive public service. 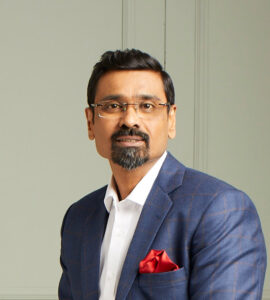 Specializing in Governance and Management, K M Pathi has spent more than two decades in teaching and training Officers of Higher Civil Services. Further, he has addressed and conducted Behavioural Competencies & Performance workshops for Senior Management of Corporate & Public Sector Undertakings. He is also actively involved in the preparation of Training Modules and Curriculum for various Institutions and Universities in India.