The 2020 social media campaign was a great success with record activity on various channels. On Twitter alone, the reach was 75 million people across 67 countries and there was record activity both before and on the day on LinkedIn.

As in previous years, caring environments where values are constantly being put into action such as hospitals, hospices, care homes and schools have featured prominently, with a stream of photos and selfies posted throughout the day and month, generally.
There was widespread involvement with groups and organisations large and small, public and private, charitable and commercial taking part such as Volvo, Korn Ferry, PWC and KPMG.

The Valuesthon
The first-ever Valuesthon was held: a rolling series of 32 events running back-to-back and sometimes side-by-side from New Zealand at the beginning of the day through to the West Coast of the US and Canada at the day’s end. The events dealt shone a light on the role of values in a multitude of contexts – including values in society, values in organisations and leadership, values in education, values in conversation, values in the arts, values in finance,  values in the battle against corruption and malfeasance, values in reflection and meditation, and even values in cookery.
For people who wanted to attend but weren’t able to do so, a number of events were recorded and can be now be viewed by visiting Valuesthon Schedule and looking out for the See Recording button.

31 Values in Action Challenge
There was also a list of 31 Values for anyone to practice on each day of the month and it is incredible how conscious daily practice can help to form strong habits.

There is probably a lot of activity which is less visible in countries where English is not widely used.

Blog series
This article is the final blog in a series that has been posted throughout the month of October and it is time well spent having a look through this rich variety of posts by contributors from all over the world.

It is heartening to see the global values community coming together to celebrate World Values Day, on the day itself and throughout the month of October. Our common purpose in raising global awareness of the importance of values and their practice has never been more vital and needed.

If you have ideas about how we can develop the concept for 2021, join the debrief sessions on Wednesday 4th November 2020. We are already looking forward to next year’s World Values Day 2021! And remember, values are not for just one day or one month. If you would like to be involved in Global Values Alliance all year round then please be in touch at info@valuesalliance.net 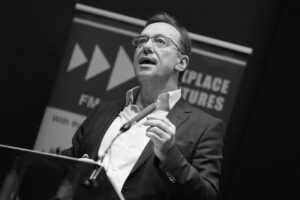 Alan coaches service sector organisations, internationally and in the UK, to deliver values-driven service for sustained performance. He is a published author whose projects have delivered measurable business impact across a balanced scorecard and been recognised with industry awards.

Alan is Founder of the Global Values Alliance, a Steering Group member of the UK Values Alliance, Founder Member of the inaugural World Happiness Summit, Past President of the Meetings Industry Association, a Fellow of the Institute of Hospitality, a non-executive director of BQF and a Founder Faculty Member of Culture University