Walking With The Warriors 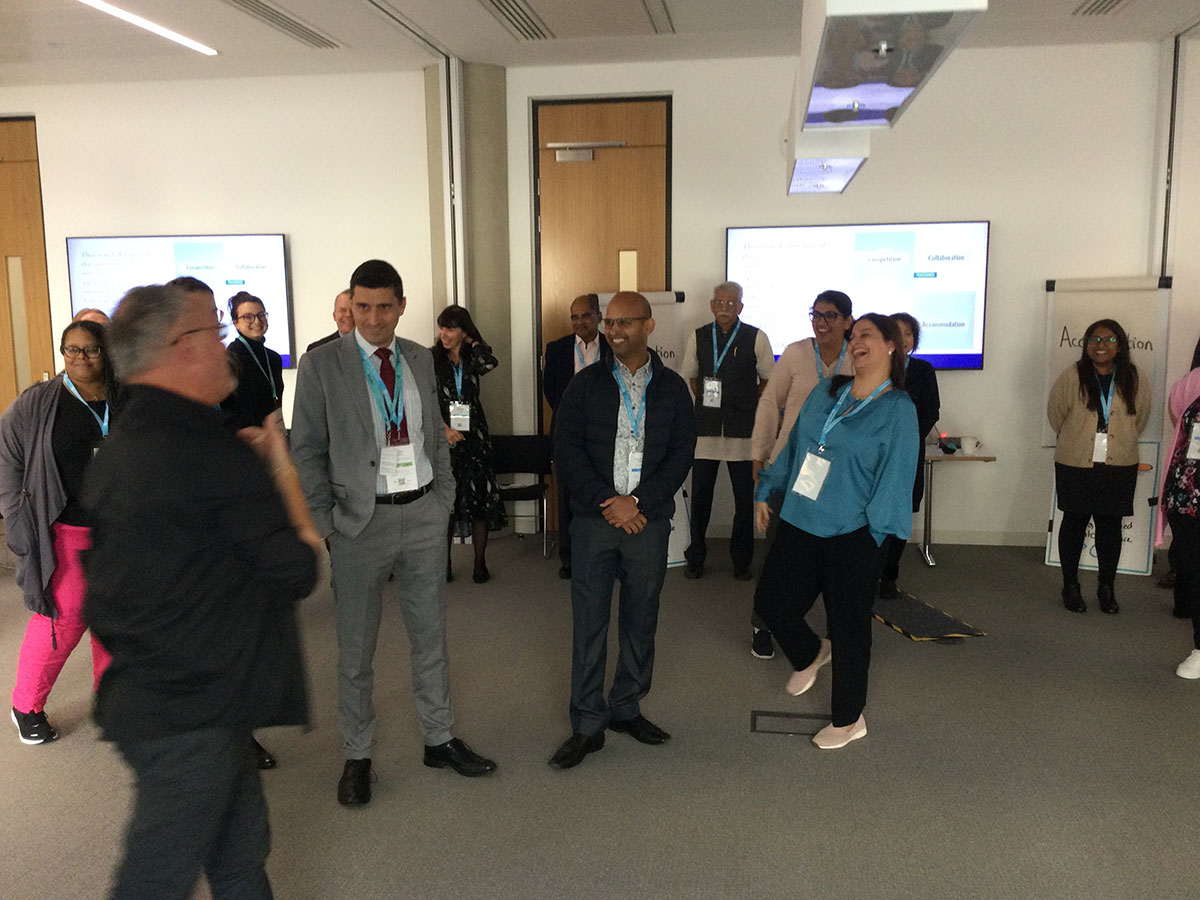 Who to turn to when the elders have lost their way

I am writing this on World Values Day 20th October 2022. Our government is in collapse and our Prime Minister has resigned after just six weeks in office. The absence of the most basic human values of integrity, empathy and honesty has damaged not only our political and financial institutions but our faith in those that lay claim to the authority and skills to lead us through this time of chaos. The certainty in which politicians, from all parties, pontificate is received with increasing disbelief from the communities they claim to serve. In the words of psychiatrist and author of ‘The Master and His Emissary’ Dr Iain McGilchrist:

Certainty is the greatest of all illusions: whatever kind of fundamentalism it may underwrite, that of religion or of science, it is what the ancients meant by hubris. The only certainty, it seems to me, is that those who believe they are certainly right are certainly wrong.

So, how do we navigate this most uncertain of worlds? When arriving in a strange land without a map one should first seek advice and directions from the locals. The guides for us at this time are those young people aged between 11 and 23. They have greater knowledge of this terrain than we do and it is to them that we should humbly seek advice. Let’s look at the science to support such a statement.

In the 1970’s Dr Clare (short for Clarence) Graves, psychologist and long term friend and colleague of Dr Abraham Maslow, introduced the world to ‘The Emergent Cyclical Levels of Existence Theory’ (ECLECT).

The psychology of the mature human being is an unfolding, emergent, oscillating, spiralling process marked by the progressive subordination of older, lower-order behaviour systems to newer, higher-order systems as man’s existential problems change. These systems alternate between focus upon the external world, and attempts to change it, and focus upon the inner world, and attempts to come to peace with it.

Throughout time and from every culture there have been models seeking to explain our stages of evolution and growth. Both Maslow and Graves drew inspiration and knowledge from ancient wisdom traditions. Maslow was inspired by the indigenous tribes of North America and Canada. Graves was influenced by the Buddhist traditions that were establishing themselves as legitimate sources of research and practice in the West in the 1960’s and 70’s. The table below shows Graves’ levels of maturity and how we alternate between the ‘me’ and ‘we’ views of the world with their corresponding thinking and behaviour. 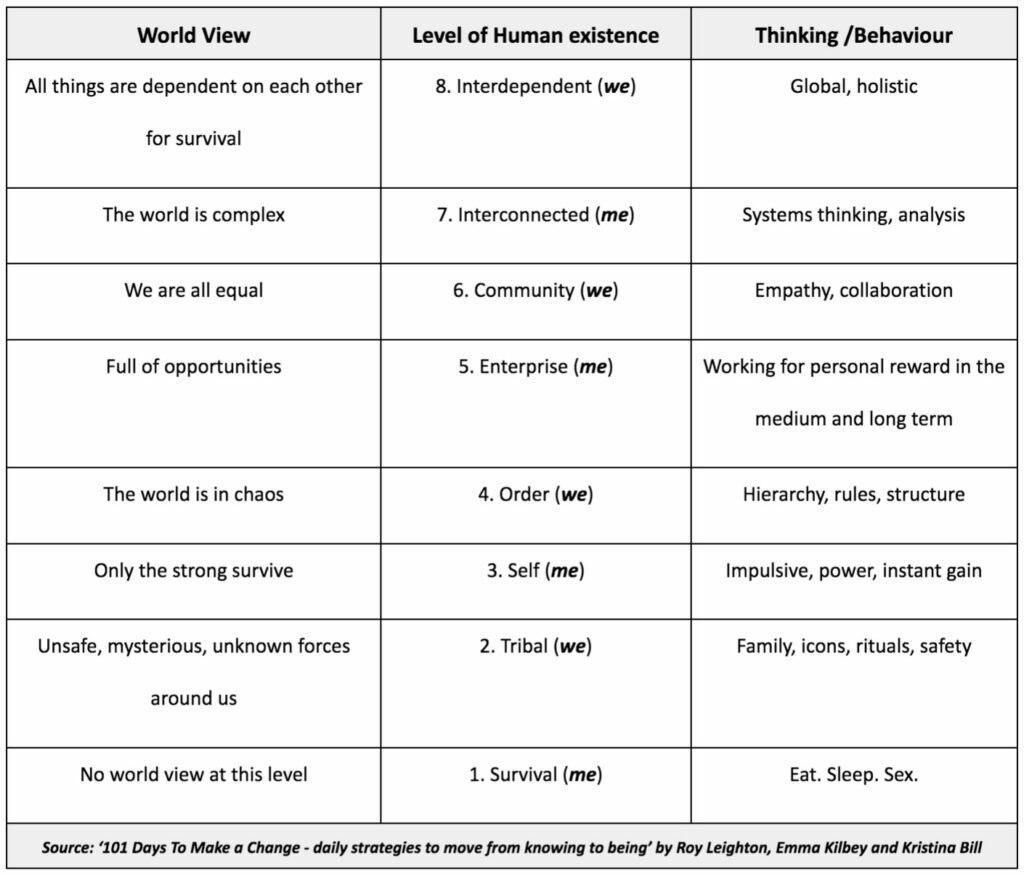 Graves warns us not to see this framework for individual, institutional and cultural maturity through a simplistic linear lens.

What I am saying is that when one form of existence ceases to be functional for the realities of existence then some other form, either higher or lower in the hierarchy, is the better form of living.

I do suggest, however, and this I deeply believe is so, that for the overall welfare of total man’s existence in this world, over the long run of time, higher levels are better than lower levels and that the prime good of any society’s governing figures should be to promote human movement up the levels of human existence.

At this time of turmoil we, and our political leaders, have to move from the simple lower levels of being in the world to the more complex higher levels. To move freely between each level we must not become too attached to the creative or destructive expressions of the values of any of them. Too often we assume that values are intrinsically positive and are blind to their potential destructive nature. Any value has the potential to move from positive to negative. Hope can easily become fearful desperation; individuality can become indifferent self absorption and even love can flip into control very quickly. Sadly, we have political, economic, educational and social systems locked into the negative manifestations of their respective world views. As our existential challenges increase so must our willingness and ability to address them. If we are to stand any chance of transforming our current decline as a species we need to turn to those who are functioning at the higher levels of being.

There are many at this time who are at the eighth ‘interdependent’ or ‘global’ level. In 1972 James Lovelock shared his Gaia Hypothesis that the Earth is a self-regulating system of which we are inextricably linked. James, who passed away in July this year on his 103rd birthday, was one of the early pioneers of the eighth level. He, and many during the 1970’s and 1980’s challenged Western society’s attachment to the self-serving ‘me’ and disregard for the greater ‘we’.

Graves pointed future generations to the ninth level. A world view that he had not personally attained but predicted based on the logic and patterns clearly seen in his model. He said that when an individual doesn’t find the peace they are seeking by exploring the former eight levels they will be off on their ‘ninth level quest’.

When you are born into a generation that sees the world they are inheriting collapsing under the greed, anger and ignorance of the so-called adults in control, you are evolutionarily programmed to act and rise to the challenges facing you. It’s, quite literally, in your DNA. There is a genetic call to action. Known in other cultures as the servant, teacher, bodhisattva, hero or warrior this is the ninth stage of evolution. The reason why our past ancestors could name this state of being is because this is not the first time our civilization has collapsed because of the hubris of our political, social and economic elite. We have been here before. In his essay ‘The Fate of Empires’ written in 1976 Major John Glubb showed how past civilisations collapsed due to the same existential crisis that we are facing now. ‘The only thing we learn from history,’ he writes, ‘is that men never learn from history.’

For the past 60 years we’ve seen the damage done to our world where the decision makers are not willing or able to see the scale of the problems facing them. Graves notes that someone ‘centralised at a lower level cannot even understand people who are at a higher level.’ Our current existential threats have triggered the thinking and behaviour of millions of young people to abandon their attachment to the lower levels of being and invest their energies and talents into rising to the challenges and threats we now face. The world is burning and, thankfully, the warriors are arising. Whilst Greta Thurnburg is one example of the warrior at work she is certainly not the only one. Thanks to technology and the internet we are more interconnected than at any time in human history. These young heroes are using numerous digital platforms to connect with each other. For the first time in the history of humanity the elders who had a vital role in honouring the traditions, teachings and connections with our past have ceased to be worthy of the name. They are disconnected from those they claim to serve intellectually, emotionally, technologically and spiritually. They appear closed to serious arguments, scientific evidence, research and the voices of communities who need them to not only talk about the importance of values but to live them.

As we prepare for world values day in 2023, how will we respond to the political, social, economic and educational challenges facing us in 2022? What values and behaviours are these young warriors sharing that we can embody in our own personal, professional and community lives? If you don’t know then I suggest you ask them.

Connect with young people. Sit with them (face to face is better but online will do) and ask them three simple questions: what do I, individually, and what do we, as a family, school, business, community or species, need to keep doing that will create value for me, for others and for the world? What do we/I need to develop? What do we/I need to let go of? Listen to them. Write down what they say. Then go and do it. Challenge yourself, everyday, to get up, and take one small, conscious act to create value for yourself, others and the world. Strive to be a little ‘more human’ today then you were yesterday. Don’t expect to ever get to the final destination. The challenge of the warrior is to seek to be present, in this place at this time in this community. Some days this call to adventure will be harder than others but there is no standing still.  As Graves both warns and encourages us: ‘The quest is never ending’. 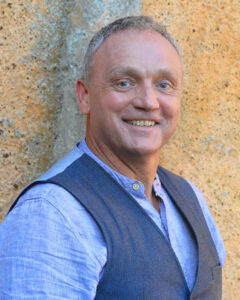 Roy Leighton is a pracademic (practice based academic) and holds a Masters in Philosophy from the University of Cambridge. He is a facilitator, speaker and coach. For over 40 years Roy has used the fusion of art (the visual and performing arts) and science (positive psychology) to support individuals, schools, businesses and communities in the U.K. and internationally to develop cultures of learning, peacebuilding and change. He is co-auther of eight books including ‘101 Days To Make A Change’. He is also a recipient of the Min-on Peace Award for his contribution to peace, culture and education.