Doing what you can, where you are, with what you have 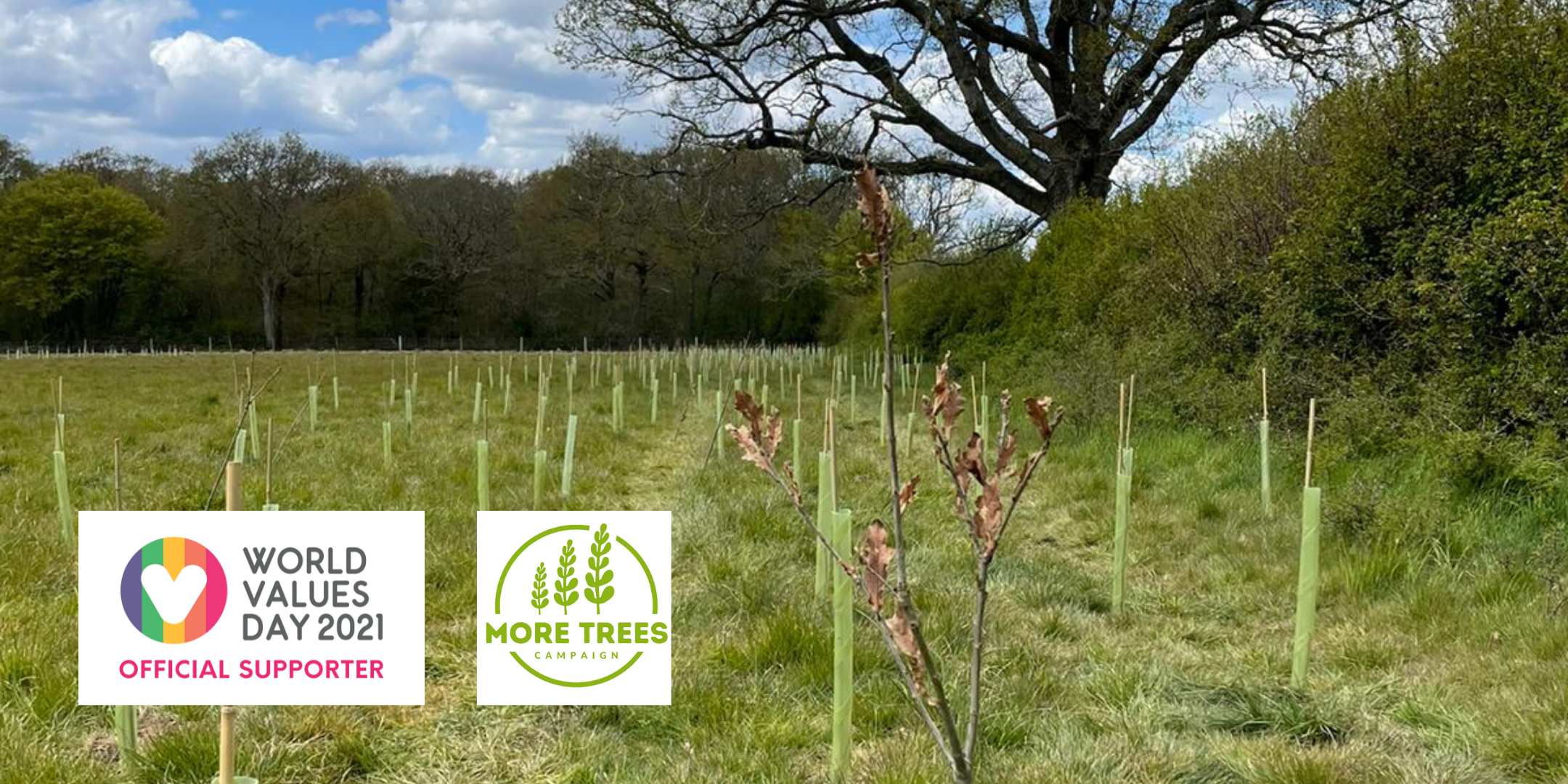 Do you believe that taking responsibility is a burden you don’t have time for or a way to express your values and reconnect with the world? We discovered it was definitely the latter!

This article is to share our journey as a small team of ordinary people who managed to take a little responsibility for our corner of the world and the incredible wealth of interconnectivity this small action has brought both within us and around us. Our aim here is to help any person or group who has thought about starting a campaign of their own and would like some idea of how it can happen.

When we originally began the More Trees Campaign our vision was a simple one: fundraise for the London School of Self Awareness by planting trees which are a positive symbol of life. This seemed especially important as our campaign went live just as COVID was turning the world upside-down. Even before COVID we had had many discussions about how things had to change in the world and we could not go on as we were. This ‘we could not go on as we were’ had two aspects. The first was that humanity could not continue on the same trajectory. Some of our group had worked in other charities on mental health and the statistics were startling: from suicide rates to mental illness increasing across almost all categories of people. There were similar indications in the increase of other kinds of illnesses too and of course the myriad of critical environmental concerns just to name a few areas. Here we should say immediately that, by nature, we were not a group of dooms dayers, quite the opposite probably. However, indications from so many different areas of life and our own personal, daily experiences became harder and harder to deal with in the usual ways we had done so up until then. The second aspect of ‘we could not go on as we were’ was more personal, more internal. We had an honest discussion about how we were dissatisfied with our own attitudes towards things. Even if we were people who participated in the world, we were able to admit that we could do a lot more but often didn’t due to a long list of what then seemed like valid reasons (we later learned were not). These reasons were things like we were too busy or that it wasn’t our place to take such things on. So we launched the campaign, a bit daunted and a bit excited about our aim: a pilot project were we plant 500 trees and raise £5000.

A critical moment for us was when we took the decision, from the outset, to ‘do what we could, where we were, with what we had’. We left behind the idea of our actions being too small or not enough. We all had other commitments, work, family and so on. This was not the time to launch an international, super tree planting venture (though now it seems we might even be inching towards that)!

So this was phase 1 of reconnecting:

We want to emphasize the power of this last point because it was what we asked ourselves at every step: What can we do? Where are we at (expanded to mean geographically, but also personally, how much time and energy did we have to dedicate, etc)? What did we have (what contacts, knowledge, talents etc)? 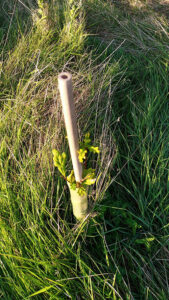 Picture of one of our sapling trees planted in Horsham, UK last planting season. It is already over 40cm tall and is growing out of its protective casing.

Following these questions, we reached the second phase of reconnecting, which was expanding our immediate circle to include others. By answering the questions, we understood we needed help because we didn’t know many technical/scientific aspects of planting trees or fundraising. We also understood we didn’t need to know everything for the pilot project. So we engaged two planting partners who helped us learn about trees, organize our planting day event, helped us find land and ultimately to plant the trees in a way that they could grow and thrive. Gone West were particularly helpful and we loved working with their team and founder James. Learning about the trees showed us the scientific precision of nature and how we only think we are separated from our environment, but in actuality we are not. So learning allowed us to reconnect with the environment in a new way.Of course we also had to take many practical steps. Our first campaign was on GoFundMe which simplified everything.  We used Canva to generate a logo and a brochure. We also set up very simple pages on Instagram and Facebook. This was another kind of reconnecting to people. As it turned out our little Instagram page with just a few posts and a handful of followers would lead us to be discovered by The Camdenist newspaper who then nominated us for their 2020 COVID champions- a completely unexpected event that really showed us how much impact was possible from such small efforts.

Once we had everything organised we knew it was time to start getting focused on the fundraising. As we did not have a huge community around our campaign and not a lot of time or resources to build one, we focused on ‘what we have’. In  the case of fundraising it meant friends, family, social media and companies that we had had contact with in the past. We also worked with the London School of Self Awareness and together this group of donors became our More Trees Champions and we could not have accomplished anything without them! This was probably one of the best moments of reconnecting in the campaign. We had the chance to make phone calls and reach out to people we had not spoken to in a while. We adapted how to fundraise from The Soul of Money by Lynne Twist, using it as our approach. We shared why what we were doing was important, not just about tree planting but why we were fundraising for self-awareness and how this was the crucial aspect on which the future stability of our world rested. As many have discovered, self-awareness, done properly, will eventually lead a person to not just understand interconnectivity in their mind, but to live it as a daily reality. Living interconnectivity as a daily reality, in turn, has a profound impact on our decision making and, as a result, our choices and behaviours change. It is easy to harm the environment when we are disconnected from it and a true self-awareness is all about reconnecting with ourselves and the surrounding world. One of our realisations indeed was that the small choices we make today impact us and other people in both the short and long term.

So this was phase 2 of reconnecting:

As a final point we should say that the path to success was not without a few bumps. We were open to recreate our strategy at each step. We  had to switch planting sites 3 times due to COVID restrictions and faced many challenges from that unusual moment we were all living. It would have been easy to give up and our donors would have understood certainly given all that was happening. However, after our third location did not work out, we reflected a moment and decided to take responsibility once again, truly and deeply. We committed like never before and the More Trees Champions responded by their continued support too. Now, as we go into our next round of the campaign for 2021/2022 season, we see responsibility as a must for each one of us. Want it or not, some percentage of what happens in this world is in our hands and with that percentage, which is our field of influence, each one of us is called to do what we can, where we are with what we have. 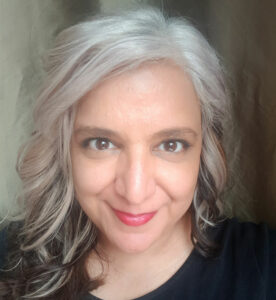 Dr P Tosti is a business consultant in the UK. 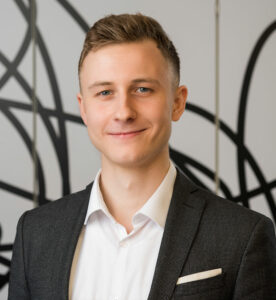 Peter Lesniak is an engineer and has recently began learning tree planting from the ground up.