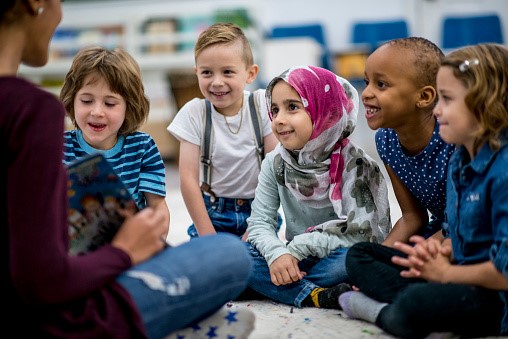 The Australian Values Education Program included a five-year longitudinal study focussed on values-based curriculum interventions in 312 schools across the country. Each intervention was guided by principles outlined in the National Framework for Values Education in Australian Schools. The principles focussed on the central idea that effective education meant more than merely academic achievement but, rather, entailed also inculcating values in students, including respect, tolerance, and compassion, and that these values should be both modelled and taught explicitly by teachers.

There were three elements to the implementation of a values-based curriculum: Process ensured values transmission through respectful, caring and trusting relationships; Content was about explicit teaching and learning about the nature and meaning of values; and Application explored ways in which the values being learned could address and hopefully resolve personal, social, and global problems.

Findings from the research study that accompanied the interventions pointed to a range of holistic effects, classified as personal, social, emotional, moral, aesthetic, spiritual and intellectual. In other words, a values-based approach to education was not in any way oppositional to a more traditional academic approach. In fact, the reverse seemed to be the case, namely, that the more that education focussed on personal, social, emotional, moral, aesthetic and spiritual goals, the more the intellectual effect was fostered. This holistic effect was captured well in the report by one school coordinator in the following words:

Throughout my own involvement in the program, it became clear to me that there was a synergy between a values-based approach to education and Islamic educational philosophy. In this respect, it was interesting that a disproportionately high number of Islamic schools participated in the program and, furthermore, several of the more memorable projects involved these schools. I sensed therefore the potential for a values-based approach to education to address some of the problems of disenfranchisement and alienation being experienced by Muslim students in public schools, if not resolve some of the generally negative perceptions of the Islamic community that had become an unfortunate legacy of 9/11.

In one of the interventions, Islamic and public schools collaborated in devising a curriculum that challenged students in both sectors to address the unhelpful perceptions of each towards the other. The curriculum entailed explicit teaching about the importance of core values of respect and tolerance to social harmony, along with organised excursions that took students from both sectors into each other’s schools. As a result, students came to see each other in a different light. Some of their reporting took the following forms:

I found that we all liked similar things no matter where we came from.

It was great meeting people and finding we are the same.

While some had a different religion to me … we were alike in other ways.

We had similar ideas … we said the same things … I also got to know their friends and they got to know mine.

I learnt that everyone thinks in different ways … I also learnt that no matter how different a person is, you can learn to cooperate with them. (Australia, 2008a, pp. 67-68)

In later work, the same values-based principles were used in a government project, named Muslim Youth Summits, aimed at strengthening the integration of Muslim students into the mainstream of Australian education. Its aims were spelled out as follows:

…to support young Muslim Australians to build self-esteem and a sense of belonging, identify ways to develop the capacity to actively contribute to the Australian community … and develop a strong network to achieve success. (Australia, 2008b, p. 5)

Student happiness, wellbeing and holistic achievement were measured against the terms of the National Framework for Values Education in Australian Schools. Findings from the project were showcased in a series of public presentations that saw teachers and students convey their experiences. Students reported on the negative effects of earlier experiences of being confronted with teachers and fellow students who were insensitive to their Muslim identity and how these experiences affected their learning:

In many instances, young Muslims felt discriminated against on the basis of religion. Name calling and other forms of harassment, in particular targeting female Muslim students wearing the hijab or other religious attire, were also of concern. Young Muslims in some states claimed that they felt unfairly treated by educators who were perceived to have a bias against Muslims. A number of participants noted a preference for attending Muslim specific schools as a result of racism and bullying present in mainstream schools. In common with experiences in the workplace, participants noted that a lack of understanding of the religious requirements of Islam has contributed to barriers to success in academic achievement. (Australia, 2008b, p. 13)

These negative experiences were contrasted with more recent ones in schools that were following a values-based curriculum:

Hence, values concerned with acceptance, respect, care, integrity and social responsibility were targeted for attention by way of modelling and transacting, and the issue of Muslim/ non-Muslim dialogue was managed in this context. The result was an increased sense that Muslim culture and identity were respected and so they, as Muslims, were seen as being of value to the wider society. There were comments made about the improvement this had made to their general functioning in the school, including in terms of their academic work. (Lovat, 2019, p. 5)

In summary, a values-based approach to education has been validated as an optimal means for achieving all the main goals of education, incorporating personal, social, emotional, moral, aesthetic and spiritual goals, alongside and enhancing intellectual achievement. Furthermore, a values-based approach has been shown to have significant potential to strengthen intercultural harmony by bringing students from different cultures into conversation with each other in the context of an organised, respectful and tolerant learning environment.

Australia (2008a). At the heart of what we do: Values education at the centre of schooling. (Report of the Values Education Good Practice Schools Project—Stage 2). Melbourne: Curriculum Corporation. 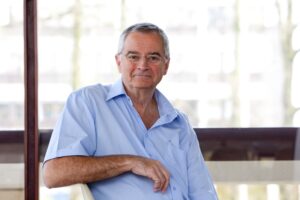